To learn more about deliberation, democracy, and citizenship, check out the readings and resources listed below.

DCI Guide to Different Forms of Discourse: What exactly is deliberation?  How is it different and similar to discussion?  To debate and dialogue?  To just simple conversation?  This document provides a framework for thinking about the differences between different forms of discourse.

Discovering What’s at Issue: Using the Stases to Locate the Nature of Controversies: First used in ancient Greek rhetoric, the stases provide a systematic way to ask questions of any issue in order to identify likely points of disagreement.  This short guide introduces the four stases that can help us identify and explore both our differences and areas of agreement.

DCI Deliberation Facilitators’ Metadiscourse Toolkit: How exactly does productive deliberation proceed?  It often depends on specific “moves” that facilitators or participants can make that help keep the conversation moving forward.  This document maps out some of those forms of “meta-discourse,” from uncovering assumptions to envisioning alternative approaches.

OpenMind: This is an interactive platform that introduces a “set of practical tools to think clearly and communicate constructively across differences.”  Used in DCI training workshops, it discusses the roots of our political polarization and ideological differences drivers as well as mechanisms to cultivate intellectual humility, discover the value of diverse perspectives, and prepare for constructive disagreement.

“The Philosophy of Conversation: We Owe It to Our Students to Teach Them How to Disagree.” Bertha Alvarez Manninen and Jack Mulder Jr.

Truth Seeking, Democracy, and Freedom of Thought and Expression. A Statement by Robert P. George and Cornel West

Our Common Purpose: Reinventing American Democracy for the 21st Century. Commission the Practice of Democratic Citizenship.

We’ll be adding more links in the coming weeks and months.  To learn more about other organizations that are doing deliberation-related work on campus, in the community, and elsewhere in the United States and internationally, click here. 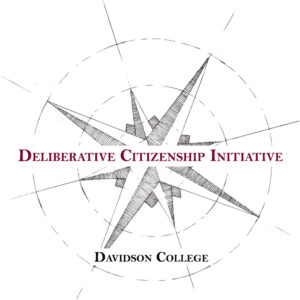